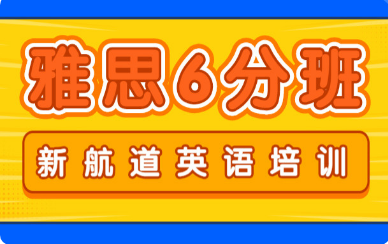 Nowadays, children spend a lot of time watching TV and playing computer games. Some people believe this has negative effects on children's mental abilities. To what extent do you agree or disagree?

To sum up, watching TV or playing computer games, like many things, can be both helpful and harmful to children.The issue, then, is not whether children should be allowed to watch TV or play computer games, but how parents should monitor their children’s screen hours. (范文出处：九分达人作者唐伟胜老师)

What effects do watching TV and playing computer games have on children’s mental abilities? The answer to this question, to my mind, is that there are potential dangers as well as benefits.

Convenience foods will become increasingly prevalent and eventually replace traditional foods and traditional methods of food preparation. To what extent do you agree or disagree with this opinion?

In spite of the utility of convenience foods, people are unlikely to abandon practices that are economically sound and give them great pleasure. It is hard to imagine a world in which people do not continue to enjoy traditional, home-cooked meals at least some of the time.

However, the growing popularity of television cookery programmes, celebrity chefs, and cook books suggest that people continue to value traditional ways of preparing foods. Fresh locally-produced food continues to be the norm in many parts of the world. In fact, they are growing in popularity in countries such as the UK, where they had virtually disappeared from many cities. This may be partly because cooking with basic, natural ingredients is cheaper than buying processed foods.

Moreover, traditional foods are an important aspect of culture and social life. In many countries, traditional meals continue to be shared in regular family gatherings. Important celebrations, such as weddings and Chinese New Year, are marked by traditionally-prepared feasts.

Some people say that too much money and time are spent on protecting wild animals. Wild animals have no place in the 21st century, so protecting them is a waste of resources. So, such resources should be better spent on human population. To what extent do you agree or disagree?

In conclusion, far from having no connection to our survival, wild animals are the very precondition for our existence on this planet. We certainly need to take care of our own problems, yet if all wild animals perish, we human beings will perish as well.

Many may say, and I agree, that today’s society has almost erased all its borders and soon will become limitless in what concerns traveling for both work and pleasure. Therefore, if this is to happen, then learning a new language is necessary.

Nowadays, learning a new language for the purpose of working in other countries seems to become more and more popular. Adults in need of money or, why not, recognition are trying to pursue their happiness far away from home. Also, the days of employers looking only for capable people have gone. It seems that today’s employers are looking not only for multi-skilled employees, but they also want people who know more than their mother tongue. Sooner or later, those who omitted learning more are prone to become jobless.

However, to my mind, a new language should not be learned just for traveling or working in a foreign country. A foreign language should help the learner broaden his mind. By this I mean that the new language should and will allow users to understand more about the world itself, and maybe our ancestors’ ways of thinking and acting. Needless to say, knowing another language will help us when it comes to understanding the human race, because language is the first poem of a country.

All of this being said, I believe that learning a different language should be not only for satisfying our physical needs, like money, but also our moral needs, because never before had such a big thirst for knowledge been displayed. (C11 TEST 3 a Band 7 score)